Music Monster of the Month: GWAR by Hardyhara 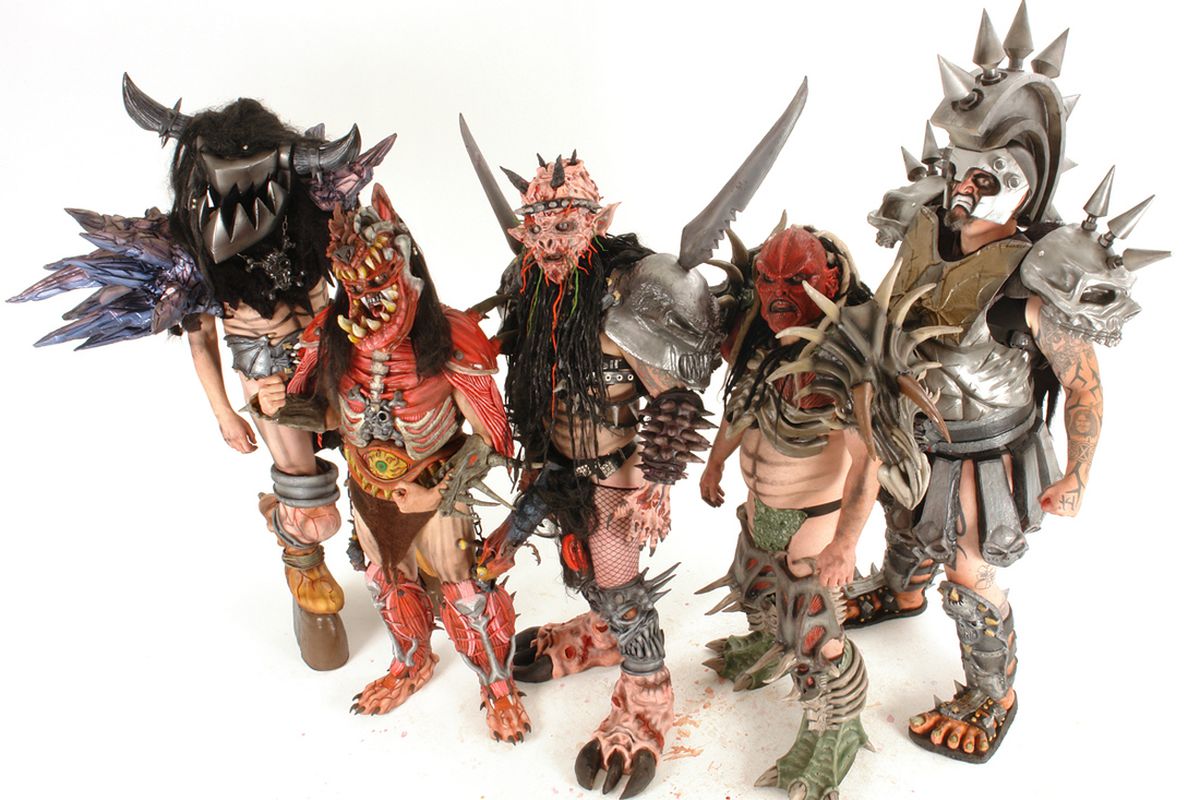 The Baddest Band on the Planet

I remember when I was first introduced to GWAR... Well, sort of. It was more like the several times I was introduced to them. I recall seeing them on Beavis and Butthead, being one of the few bands that the duo didn't really make fun of all that much. Then I found out the main goal of the SNES/Genesis Beavis & Butthead game was to see them live, in concert. One day I spotted a (now out-of-business) Circuit City commercial featuring lead singer Oderus Urungus pushing video games, one of the many things I loved as a child. In fact, GWAR embodied a ton of things I loved as a child: Wrestling, horror, hip-hop (just for their second album, and only for one song), and much more that words can't express yet.
Fast forward to my preteen years, having to grow up a little faster due to having my parents divorcing, and being depressed to the point where I simply wanted to die. Yours truly didn't know what to do with himself.  I never cut myself or anything of that sort, and masterbation got old fast. Drugs weren't really an option until I met my friend David. David was a smart kid who just so happened to have access to marijuana, and helped introduce me to my mind, so to speak. One day during the summer, David and I decide to go to Sounds of the Underground and at this point I have been reintroduced to the band. The few times I've spent the night at David's he had me listen to several songs like Ragnarok, Meat Sandwich, and Gor Gor, to name a few. Being young, high as a kite and not being too familiar with how GWAR rolls, I wasn't prepared for what I was in for as the stage hands set up the band's atmosphere on stage. Seeing fake dead babies, filleted and impaled on spears, lined all across the stage made me feel very uneasy, and it didn't help that I was stoned.

Before I knew it, the band was there on stage. They must have being on stage without attracting attention down to a science, because I couldn't get how these guys in costumes that stand out just appeared. I rocked out like I never had before. Killings of political figures, jokes said on the fly, and a storyline that didn't quite pan out that would make WWE creative proud.
some insight on the band

The mythos goes that GWAR were an elite unit of Scumdogs that served The Master, The Master who farted the universe, which he hated, thus coming up with Scumdogs to systematically destroy and enslave the universe. One day, GWAR attacked the wrong planet and were banished to earth. Earth, being in it's primitive state, didn't really have much to offer but apes to fuck, thus creating the human race. At one point they froze during the ice age, and fast forward to the mid 80's. One Sleazy P. Martini, on the run from the feds, made it all the way to Antarctica and discovered GWAR.(well, his brother did first but got trapped under the lair of GWAR). Having drugs on him still, Sleazy was able to save his own ass because otherwise the band would have killed him once they thawed out.
Throughout the years, the band had some different sounds that didn't really stick till the Violence has Arrived album, but besides that all the albums (to me) were concept albums. All of them have a story arc such as having to fight the morality squad, taking on all of America's "righteous" and holier than thou types like the pope, Jesus, and Cardinal Syn, taking on The Master, and leaving the planet once and for all to fulfill their sexcapades. Really all this is all in good fun, except maybe that one time they threw raw meat on crowds at their shows.
The roster has gone through some changes due to things such as deaths, creative differences and health reasons. Not to detract from who the people that made up GWAR were, but there isn't enough space to cover all of the detail here. Bottom line, GWAR is here to stay and if I could, I would write about the history of the people behind GWAR, Slave Pit Inc., and everything in between, but that would be a biography and I would need to make a lot more things happen than simply writing this article. Hell, you're reading the words of a man who listened to them for a year and a half plus and I think I've earned that right if the chance ever happens.
Join me next time as I finally reveal what how-to video I watched to cure my mutated penis. I'll give you a hint. It involved robbery.
Posted by Hardyhara on February 14, 2018