Most men in town rushed to the scene when the fire at the inn started.  Bucket lines began forming and hoses were being pulled to water sources.  A large Irish man with a bushy red mustache walked right up to the searing heat and flames and sniffed."It's a right unnatural fire," he said as he rolled up a sleeve and strode into the flames.
Firefighter - FS-075

The skin on his face was thick and leathery and scarred from years of burns. When he spoke, the skin cracked and flaked as his jaw moved. When he smiled, you could smell the faint odor of kerosene.
Firebreather FS-034 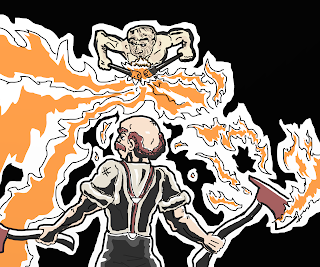 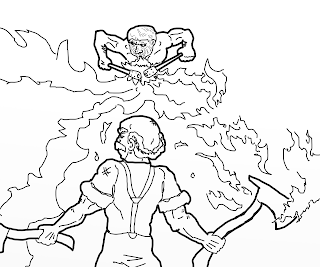